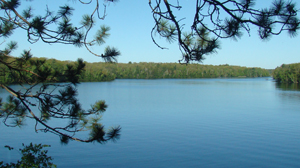 Reflection:
“So Ananias went and entered the house, laying his hands on him; he said, “Saul, my brother, the Lord has sent me, Jesus who appeared to you on the way by which you came, that you may regain your sight and be filled with the Holy Spirit.” Acts 9: 17

The early Church was certainly traumatized by the Passion and Death of Jesus. This heinous act was the result of many, many people who came to hate Jesus. It was not just one group of people who turned against him. Those who wanted Jesus to suffer a horrible death included people who once walked with him, listened to him and even benefited from his generosity and goodness. In today’s Gospel, we see people walking away from Jesus. One of his followers betrayed him with a kiss. Others fled. Peter denied him. Jesus’ violent end put great fear into the hearts of his most faithful followers, so much so that they began to run away or to gather behind locked doors.

Jesus’ resurrection began to change all of that, little by little. However, it did not happen overnight, instantaneously. The women were the first to believe. The men did believe them. Jesus had to appear to them two times before they all believed. But this faith did not remove their fear. Their faith challenged them to overcome their fear and urged them to be more like Jesus, praying and preaching openly, curing the sick, even bringing back to life those who had died.

Those opposed to Jesus and his message did not go away. Saul, as we read in today’s first reading, was committed to bringing the followers of Jesus to justice, even to death. As the Christian community learned more about Saul, the more fearful they were of him. But Saul had a conversion, and the followers of Jesus were called to overcome their fear of him. It was the Christian thing to do.

Once again, we, as individuals and as a community, will be called to do the Christian thing, namely overcome our fear and prejudices with faith. We are called to let go of our hate and rage toward those who have done us evil. We are called to the Peace-makers in the midst of violence and death.

May the Risen Lord appear to us and make us strong in our resolve to follow him!