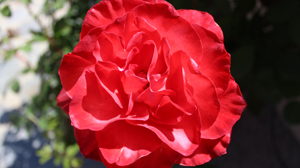 It was the turn of the century and Chicago had 1.7 million residents. For most of the citizens life was good. The Columbian Exposition (1893) with all its promises of the industrial revolution, electric lights and abundance was fresh in it’s citizens minds as well in the minds of the almost two million immigrants who began flocking to the city. By 1929 and the start of the Great Depression the immigrants doubled the population, many of them living in squalor and in crime-ridden neighborhoods.

Enter Ms. Jane Addams (1860 -1935) who chose to purchase an old run down mansion in one of the worst parts of the city, live there and open her home to the to her neighbors. There she started a night school where adults could develop the skills that would earn them a job, she ran a public kitchen, and offered art and gym facilities for all the neighbors many of them immigrants from catholic countries.

Ms. Addams took her small inheritance and with the help of her Friend, Ellen Gates Starr and the moral and financial support of many of the wealthy women of Chicago, created a world of abundance, influencing such people as Ethel Percy Andrus, founder of AARP, I suspect her Christian background also influenced her decision to co-create this world of abundance. She probably knew well today’s gospel selection especially the promise at the end: “You will have life and have it abundantly.