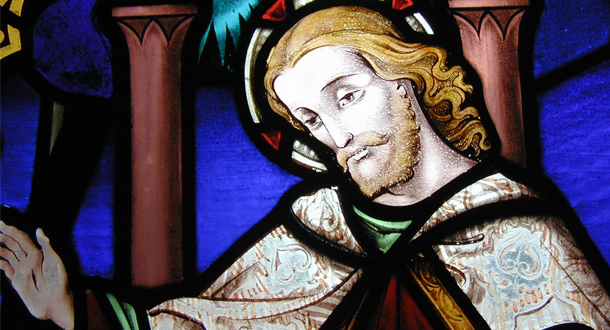 Mayor Kobayashi banned dogs from Megasaki City exiling them to the Isle of Trash. He identifies dogs as the enemy of the people because of a dog-flu spreading in their population, threatening human life.  Besides, dogs bite people, they are full of fleas, and they don’t add anything to the economy.

On this Isle of Trash the dogs do as dogs do, they ban together in hopes of surviving in their new terribly unfriendly environment. In the meantime the Mayor’s nephew, a ward of the mayor, steals a plane to join the dogs and more importantly recover his dog Spots. After much intrigue and heart warming adventures, the nephew along with Professor Watanabe back in Megasaki City, help reestablish the place of dogs in their city. It’s a great movie by Wes Anderson and is out in the theaters now.

Jesus warns us in today’s gospel selection that:

“They will expel you from the synagogues;
in fact, the hour is coming when everyone who kills you
will think he is offering worship to God.
They will do this because they have not known either the Father or me.
I have told you this so that when their hour comes
you may remember that I told you.”

It’s so easy for me to see you or this political party or that particular religious group, as THE problem in my world. I think that to survive, I must ban you from my kingdom and then all will once again be safe and good. God help me see the real enemy, usually me, and to love all my brothers, sisters, animals, nature–all of your gifts as well as to serve them as Professor Watanabe who finds a cure to the dog-flu.