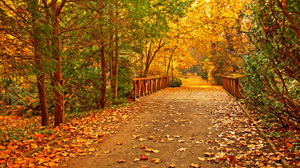 Last winter my 84-year-old Uncle Joe was diagnosed with inoperable stage IV lung cancer and given a prognosis of a few months to live. Although doctors said they could try a last-ditch chemotherapy regimen that might extend it a bit, Joe chose to live the remainder of his time with as much quality of life as he could achieve. He gathered his children, shared stories and memories, and decided who would receive what after their dad died. Joe wrote letters to friends, forgave foes, and got his affairs in order.  He did all the things that were important, talked to all the people he loved, and wrapped it all up with a bow. But it won’t stay wrapped.

Against all odds, Joe has continued to live. He is in hospice and is clearly ill, but he is not in pain, he can still go out for very short excursions, and the end is not as imminent as he thought. Interestingly, he expressed some anger about the fact that things weren’t going as planned. He is also confused, because he doesn’t know how to live his life when he has no clue how long it may go on now.

Jesus tells us that no one knows the time or the day, whether of the end of the world or the ends of our own lives. Countless people point to “signs” that say it is imminent, but day after predicted day has passed without incident. (Remember Y2K?)  The truth is that we are not in control and we don’t know.

There are many people pushing now to grasp that control. They want assisted suicide, where they can legally decide the trajectory of the end of their lives, put their death date on a calendar, and ensure that they place the final bow on top of the wrapping themselves at a time of their choosing. There is even a movement in the Netherlands to legally assist healthy people to take their own lives if they decide they’ve lived long and well enough and are ready to go.

According to research, most of these decisions are rooted in fear. People are afraid of pain, afraid of “losing dignity” or being a burden to their families, afraid of being weak and out of control, afraid of the dying process. What if instead of passing laws that make it easy and convenient to circumvent the natural course of life and death, we worked to eradicate fear. Imagine if we:

I could go on with suggestions. Perhaps you have some of your own as well. But the idea is the same: Let’s live the faith we profess by working to cast out fear, surrender control, embrace the experiences of our lives whether good or bad, and support the dignity and value of every person we touch. If we could do all of these things, perhaps we could begin to counter the push for assisted suicide. I believe that as disciples of Christ, we must try.