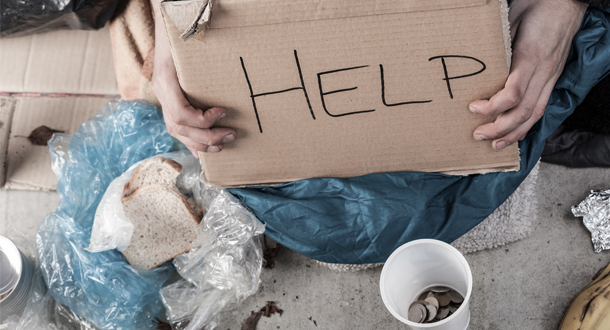 What a powerful study in contrast Mark’s gospel passage offers us.  But let’s be clear about something right away.  Jesus does not praise the economic poverty of a widow.  He laments the privilege and affluence that can easily corrupt us.

First, there are some scribes – and by implication, Sadducees, the priestly royalty who control the Temple in Jerusalem.  They are the learned, the scholars of Torah among the majority who were illiterate and poor.  This elite minority relished the public honors that accompanied their positions.  In the marketplace, they expected people to rise respectfully when they approached.  In the synagogue, they sat in seats of honor on the dais facing the congregation — seeing, but more importantly, being seen.  A public piety designed to elicit public adulation.

Not all scribes were guilty.  Jesus had just finished a conversation with a scribe whom he pronounced to be not far from the kingdom (Mk12:34).  And Jesus repeatedly taught his disciples, who argued about their place of honor in the kingdom: “If any man wants to be first, he shall be last of all, and servant of all” (Mk 9:35).  He taught, “For the Son of Man also came not to be served, but to serve, and to give his life as a ransom for many” (Mk 10:45).

Then, the gospel rather abruptly spotlights someone invisible to all, except to Jesus.  This is the widow, who is unlike the wealthy who made large and ostentatious donations to the Temple.  She donated but two pennies, all she had to give.  Again, let’s be clear.  Jesus praises her, not for what may seem like economic martyrdom, but for her absolute trust in God.  Even as Jesus praised the widow, he was lamenting and condemning a religious system that took the last two coins of a poor woman for the upkeep of an extravagant Temple and those who controlled it.

In this gospel, Mark – through Jesus – forcefully reminds us – to pay attention to the widow, who symbolizes all the poor and marginalized, not the wealthy and powerful and publicly pious.  The widow is a member of what Scripture calls in the Hebrew, the anawim.  They are the poor of God – the weak, devalued, outcast, and totally dependent on God.  This widow calls to mind the strains of Psalm 34: “The Lord hears the cry of the poor.  Blessed be the Lord!”  And the only way God will hear the cry of the poor is through us – through our ears, our eyes, our compassion, our actions.

This otherwise invisible widow enriches us by her example – and her two pennies.