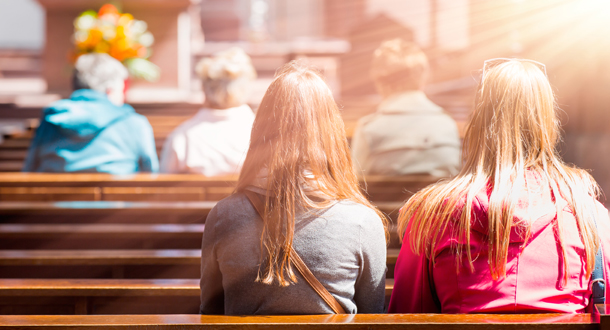 One of the advantages that an infant enjoys over an adult is that an infant has few accolades or a reputation to live up to, while an adult dreads the day when the young ones in a family gradually begins to realize that  mom or dad have unexpected faults and weaknesses.  The parents dread the day when the little ones in the family who have come to idolize mom and dad gradually come to see that they’re really not all that the child had come to admire about them.  The parents also have their feet of clay.  So while the child is expected to have bowel problems, the parents are not expected to have drinking problems.  Every boy likes to boast: “my dad can beat up your dad”.

This carries over into the spiritual or religious realm too.  For instance, we hear Isaiah the prophet coming to terms with the long-awaited messiah who has been a dominant figure in the history of the Jewish people.  The messiah was to be the champion of the Jewish people, who could do no wrong and who would stand head and shoulders above everyone else.  And yet today we hear Isaiah prophesying that this messiah was going to be crushed by the Lord because of the weakness afflicting him.  And he is going to have to lose his life in carrying out his mission, and suffer much.  This was not the message the Jews wanted to hear about their long-awaited promised one.

And along the same lines, we hear the apostle Paul speaking about this long-awaited person to come in terms of priesthood.  He is going to be a priest, but then, remembering the sordid history of so many priests in the history of the Jewish people, Paul goes on to clarify that the priest he has in mind is not an unsympathetic, cold-hearted individual who has no appeal to the expectant Jew, but one who indeed is going to be tested with some hard times, but who will win over Jewish hearts in the long run.

And then we’re updated to the time of Jesus, and hear Him trying to straighten out some ideas that His disciples have about him, as for instance when two of them, James and John, ask Him to arrange seats of honor for them when they all arrive in heaven.  And so Jesus has to straighten them out on their expectations of what lies ahead of them.  It’s not going to be all peaches and cream, but there are going to be some tough times ahead that will test their expectations of what Jesus is going to do for them, like the boy or girl dreaming of the good times ahead when mom and dad do all kinds of favors for them.

So it’s a matter of living up to expectations.  We all want to achieve this, but we also have to be realistic and admit that some of these ambitions are off-target.  We have had expectations of others, which were unrealistic, and others have had hopes for us, which are simply not going to happen.  And today we are asked to recognize this, not to sour ourselves on life, but to prevent ourselves from being misled by false expectations, while still believing in the goodness and promise latent in others.  Like the Detroit Lions quarterback of years ago, Bobby Lane, a native of Texas where he picked up some unfortunate drinking problems, but whose teammates kept their faith in him, so that, when he huddled with them about the next play, they turned him around facing the right direction, and most of the time their faith in him to throw it to the right player paid off.  It’s a matter of putting up with another’s foibles in order to succeed beyond one’s expectations.  That’s Jesus’ message to us today.