Feast of Our Lady of the Rosary 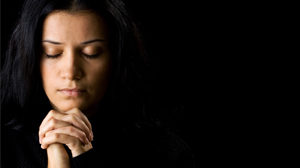 Eight German Jesuits lived about a mile from where the Enola Gay dropped the atomic bomb on Hiroshima in August of 1946. That bomb killed a half million people, and laid low the entire city, that is except for the home where these Jesuits lived. The church next to the home where they were huddled praying the rosary that day was completely demolished. When one of the survivors, Father Schiffer, S. J. was asked his reaction he said he thought it was simply the intercession of Our Lady of the Rosary.

Pope Saint John Paul II who introduced the world to the luminous mysteries of the rosary, survived an assassination attempt on May 13, 1981. Shot in the abdomen when he entered St. Peter’s Square for an audience that day, he was rushed to the Gemelli Hospital in Rome where the doctors had to operate. Regaining consciousness briefly before the operation, he asked the surgeons not to remove the brown scapular he wore, an external sign used by many who have entrusted themselves to Mary’s protection. That assassination attempt took place on the exact day and hour Mary first appeared to the three children at Fatima. St. Pope John Paul II forgave his assassin and expressed complete trust in him.

These two stories I share on this feast of Our Lady of the Holy Rosary make me think, maybe its time for me to stop fighting so much and get back to saying the rosary. We did that as a family when I was a kid in the 1950’s and as a high school seminarian in the 1960’s. Sadly, somewhere along the way, like many other good habits, I stopped it.

Dan O’Donnell is a Passionist Partner and a longtime friend of the Passionists.  He lives in Chicago.
Jesuit story from epicPew link