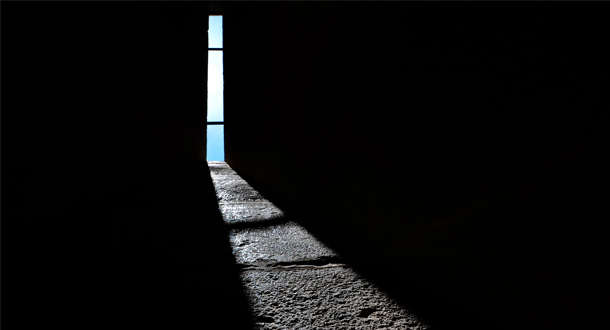 Paul and Jesus both teach that actions have consequences, and our conduct makes a difference beyond ourselves. Paul, for instance, disparages those in Corinth who boast of their sexual immorality. He urges them to throw out that “old yeast” before it spreads throughout the dough, and start anew by living in a way that creates the leaven of justice and truth instead.

An illustration: In early grade school, I walked home with a classmate. She wanted a lollipop, so we stopped in the corner store. At the display, she took one, put it back, then took another and put it back. Then she took one and snuck it into her backpack, before taking another and putting it back. I was aghast. She told me to do the same thing, saying it was easy and the store would never miss it. When I hesitated, she hissed at me, “What are you waiting for? They’ll get suspicious if we stand here too long. TAKE ONE!” I did.

I no longer remember who discovered the deed and told my parents, but I will always remember that they marched me down to the store to apologize to the store owner and pay twice what the lollipop was worth. When we got home, I also had to apologize to my younger siblings for whom I had set such a horrible example. In other words, my wrong actions were not just about me; they had negative effect on my town and my family. Our private and public actions matter.

Yet even in light of this principle, Scripture tells us that strictly following the letter of the law may not always be appropriate or truly Christian. Illustration: The powerful legal enforcers of Jesus’ day closely watched to see whether he would break the law by healing a man on the Sabbath. Instead of citing the law and obeying without question, Jesus turned the entire discussion on its head, asking whether it was more lawful to do good on the Sabbath or to do evil. The answer being obvious, he healed the man. Yet his act of justice and truth, his absolute commitment to the mercy behind the law and to the over-riding law of love from which all other laws should flow, created rage in the authorities, who began plotting how to get rid of him. They could only deal with exact legal definitions, not pastoral considerations.

How do we know when we are called to strictly follow laws and when laws need to be bent or broken in the name of a greater good? Ah, there’s the rub. And people of good will can disagree on the answers. For instance, it was wrong to steal that lollipop, but would it be the same if my family was starving and I hid some much-needed food in my backpack? What is the appropriate Christian response to someone whose children are in immediate danger of being kidnapped, raped, or killed by violent gangs, who have neither the resources nor the time to go through legal visa channels and in desperation crosses illegally into another country in hopes of saving the family? Obviously, that family broke the law. Should they be treated in the same way as other criminals? Is there an overriding law of justice that needs to be applied? If Jesus were here today, how would he react to that family?

Another debated issue: It is the 50th anniversary of Humana Vitae and the Catholic Church’s ban on contraception. Yet the majority of Catholics find that law to be untenable. They highlight their need to responsibly control the size of their family, and faithful couples report that, for a variety of reasons, using only natural family planning is not possible or effective in their cases. Is it lawful for the Church to support a marriage involving artificial contraception that allows a couple to feed and clothe their children in a stable context, or is it only lawful to strictly follow the rule regardless?

The overall message from scripture is that the laws of our society and the laws of our Church were created to bring order, harmony, and justice. Yet in the name of “following the law”, those same rules are sometimes enforced in their strictest form with no accommodation for mercy or true justice. When we act legalistically and without mercy or compassion, the yeast of our actions spreads through our community and world.  Pope Francis is constantly reminding us that Jesus’ call is to pastoral accommodation of the law. He urges us to “smell like the sheep”, to find out what people’s lives are truly like, and to respond with love, compassion, and Christ-like justice.

I don’t pretend to know the answers to all the questions of law and justice vs. mercy and compassion in our society. But I do believe that as Christians we must err on the side of mercy and compassion. That is what Jesus calls us to. That is what Pope Francis has instructed. Let’s commit to having those conversations, and opening the door to the overriding leaven of love.