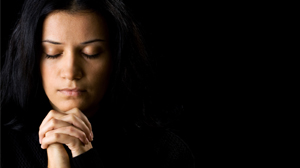 Today could well be called “Forgiveness Sunday”. The first reading from Sirach proclaims the scandalous contradiction between expecting forgiveness from God while selfishly withholding it from others. In the passage from Romans, Paul succinctly reminds us that we live only because of the freely given mercy of God that is ours through the death and resurrection of Jesus. And today’s gospel, which begins with Peter’s memorable question about the permissibility of limiting forgiveness, unfolds in a parable that emphasizes the disturbing fate that awaits anyone who refuses to extend to others the very forgiveness they have received.

Still, none of us finds it easy to forgive. Christians should be virtuosos of forgiveness because we know that God has been—and always will be—endlessly merciful to us. But sometimes we’re understandably reluctant to forgive because we know forgiveness is both challenging and risky. Forgiveness is challenging because in order to forgive we must be willing to move beyond the justifiable anger, hurt, and resentment we feel when we are unfairly treated by another. And forgiveness is notoriously risky because we can never be sure it will repair relationships that have been damaged by unkindness, carelessness, and thoughtlessness. What if our forgiveness is refused? Even worse, what if the people we forgive show little remorse, accept no responsibility, and do nothing to amend their behavior? No wonder it is sometimes easier to remain estranged than to be reconciled; easier to nurture anger and bitterness over love and forgiveness.

But nothing could be more self-destructive or hopeless. Forgiveness is seldom easy, but what is the alternative? Yes, what was done to us was wrong, unfair, and inexcusable—which is also true about how we sometimes treat others—but do we want our lives defined by anger, hurt, and bitterness? Is that how we want to be remembered? The message of this Sunday’s readings is unmistakably clear: Forgiveness really is a matter of life and death. As the late Passionist priest and renown scripture scholar, Carroll Stuhlmueller, wrote about these readings: “Not to forgive is like not breathing; it is that unnatural and inhuman.” Those are words to take to heart.