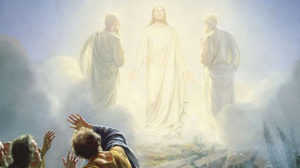 Better FOR, not better THAN

Today’s readings pull us into that wonderful mystery, that cauldron of transformation, linking discipleship and surprise.

I suppose we’ve all had the experience when we thought we knew how a friend or colleague would react, only to be taken aback by their response. These last several Sundays, the disciples learn how following Jesus is fraught with challenges, surprise, and hard lessons.

After the Transfiguration, for example, Peter offers to erect tents on Mt. Tabor; instead, Jesus warns them of suffering. Or remember a couple of weeks ago, when Peter approaches Jesus, questioning how often he must forgive when offended? Convinced of his own magnanimity, our first Pope struts around waiting for commendations! Instead, Jesus replies not seven, but seventy times seven… almost as if Jesus is saying, …Peter, you will have to change that stingy attitude; get out of your quid pro quo, tit-for-tat economic system. The Kingdom is so much bigger! And last Sunday, while the disciples are arguing who’s number one, Jesus places a child in the midst of them; we must remember that in Jesus’ culture and time, a child is a non-entity, with no esteem… to be seen and not heard.

Over and over again, Jesus reminds his followers that they are certainly not better than their country-folk. Following Jesus and listening to his teachings, they came to see their own need for conversion. Their questions (and mine) about who would be first, who belongs, who will be saved, all indicate our self-centered attitudes.

They were not “better than,” but being spun around, turned upside down and sent out to be with their human brothers and sisters. They were sent, not to impress, but to turn their attitudes around, as well about their being loved and blest.

The apostles’ encounters with Jesus, and our sacramental meetings with Jesus are all the same.

We are always being formed to be “better for” and not better than. The prophets, the apostles, are in the same need as those to whom the prophets and apostles were and are, sent.

Jesus came onto the earth to meet us eye to eye, hand to hand. He meets us in every sacrament in this way, meeting us in our fragility, so that we will not be paralyzed by this fragility and weakness,but inspired and incarnated to embrace the broken around us. How lucky we are to have Pope Francis thundering that “universal call to holiness” of which Vatican II spoke! Would that all the people of the Lord were prophets!