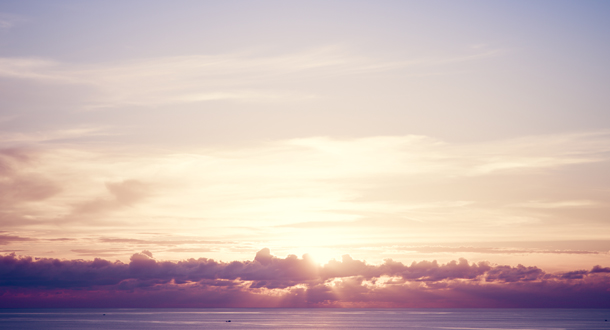 The first reading for today’s liturgy is from Paul’s First Letter to the Thessalonians.  This letter is probably the first letter Paul wrote to one of his communities and, in fact, is the earliest book in the New Testament, written around the year 52 AD—only a couple of decades after the death and resurrection of Jesus.  Paul, we know, had to leave the Greek city of Thessalonica rather abruptly because of mounting opposition to him from his enemies.  Paul brought the gospel to this major Greek city during his first missionary foray into the continent of Europe.  Concerned about how this beloved community was doing, Paul sent Timothy to find out and report back to him.  Timothy brings good news to Paul, who is now in Corinth—the faith of the community in Thessalonica is strong.

It is this good news and some of the questions raised by the Christians in Thessalonica that prompt Paul to write this letter—the first of several letters he would write to his various communities.

The passage we hear today comes near the end of the letter, as Paul is giving his dear Christians his final words of encouragement (earlier in the letter he tells them, “…you are our glory and joy”!).  You are “not in darkness,” he assures them, rather “you are children of the light.”  As followers of Jesus, “we are not of the night or of darkness.”   So, therefore the Christians should not be asleep but “alert and sober.” The reason we are “children of light,” Paul affirms, is that “God did not destine us for wrath but to gain salvation through our Lord Jesus Christ, who died for us, so that whether we are awake or asleep we may live together with him.”

In the era in which Paul was writing, many people lived in a spirit of grim fate.  Astrology was very popular because people believed that their destiny was in the control of the “spirits” that ruled the universe and determined the course of the stars.  No matter what they might desire or hope, they were subject to these unknown and alien forces.

Here and in other letters Paul wrote, he assures the Christians that their destiny is not under the control of alien beings and unknown spirits but in the hands of a loving God, whose love for the world was revealed in the self-sacrificing death and resurrection of Jesus.  Therefore, they should not live in fear or in “darkness” but in the “light,” a light generated from God’s own beautiful presence.  Paul concludes by urging the Christians as “children of the light and children of the day” to “encourage one another and build one another up.”

All of us at times may feel like our lives are controlled by forces beyond our control:  economic anxieties, the threat of violence, stress at work, the disappointments we may experience in our relationships with our family and friends—the list can go on.  Paul’s words, written long ago but still strong, invite us to sink beneath our tensions and discover again the basis for our hope in the assurance of God’s unconditional love for us, a love revealed to us by Jesus.  Renewed by this hope, we, in turn, should encourage those whose hearts may be heavy and “build them up.”