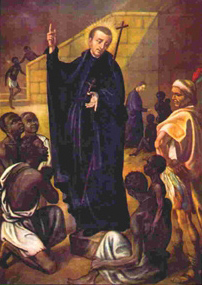 When is a Work of Art Finished?

The inaugural exhibition of the new Met Breuer museum this spring was entitled, “Unfinished Thoughts Left Visible”. It raises the question, ‘when is a work of art finished?’. If the artist captures a goal of a beautiful facial expression, is the work done then and there? Can the artist skip the rest? The exhibition showed some artists who didn’t worry about filling the whole canvas with paint, and displayed modern artists whose work expressed incompletion itself and unending change.

The letters of Paul make visible for us ‘unfinished thoughts’. We can understand Paul’s unfinished thoughts as those things that are always new and never exhausted in reaching our goal. Like an athlete there is always the next event to train for, and preaching the gospel requires the strength to live the words preached. Paul would probably comment that our work is not finished. In Our Lord’s time things will be brought to completion. Our work at best is unfinished. We strive to capture the vision that we have, to show Christ present and at work among us. Christ’s work is not finished either! I don’t think Paul talks about art work. In Athens he calls his hearers to note the altar to the ‘unknown god’. Paul must have explored the Greek temple and saw all the altars and the images they contained, but he doesn’t seem to care for their beauty or creativity. He wants his hearers to know about Jesus. Paul may not have been into art, but he would have appreciated the sweat and mess and confusion behind the work of the artists. There he might have found another image of our work as we follow and witness to Jesus?

Luke says guides must see, teachers communicate to see their students grow, and our own eyes need tending before we can help others see well. In Dante’s Divine Comedy one of the groups in purgatory have their eyes sown shut and are gathered on a cliff with an long drop. They have to help one another lest someone fall off the cliff, (good luck), they ask the communion of saints for help as would beggars at a church door. In life they were the envious who looked on others only with the desire for what they possessed. They are learning now to see others as God sees them, all of us together in the unity of mutual charity. Indeed, Luke suggests something unfinished that we all work on, seeing clearly. We ask God to guide, teach and make our vision clear.

Finally, the Church gives us today, on the feast of St Peter Claver, SJ, a finished portrait. This Jesuit priest labored for forty years at the port where slaves from West Africa were brought to be sold and forced into labor, some in mines. He became one with the slaves in many ways. He met them upon their arrival at the wharfs and entered the horrid conditions below deck, he cared for them with medicine and kindness while they were on display waiting to be sold, he visited later to tend the faith of those baptized, and on his visits he avoided the lodgings of the wealthy to share the quarters of the slaves. His tireless work often met with negative criticism from the establishment, but in the end, after four years of illness, unable to minister and forgotten, at his death he was accorded a state funeral. The moral witness he lived, although not avidly embraced was heard and acknowledged none the less. We honor St. Peter Claver, a finished work of art whose grace may inspire us.