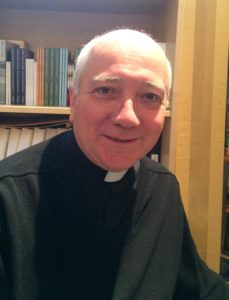 The First Rule of the Passionists was written by Saint Paul of the Cross in December 1720. Now 300 years later, our present Constitutions continue to draw inspiration from that first text written by Paul when he was 26. The first paragraph of the Constitutions brings us immediately into contact with Paul’s founding experience:

Saint Paul of the Cross gathered companions to live together and to proclaim the Gospel of Christ to all. The first name he gave his community was “The Poor of Jesus.” This was to indicate that their lives were to be based on evangelical poverty, which he held to be so necessary if they were to observe the other evangelical counsels, to persevere in prayer and to preach the Word of the Cross in season and out of season. Moreover, he wanted them to live their lives like apostles. They were to foster and develop a deep spirit of prayer, penance and solitude so that they could reach closer union with God and witness to his love. Keenly aware of the evils that afflicted the people of his time, he never tired of insisting that the most effective remedy is the Passion of Jesus, “the greatest and most overwhelming work of God’s love.” (Passionist Constitutions, #1)

Saint Paul of the Cross describes the writing of the Passionist Rule in these words: “God gave me a strong desire to gather companions and to found a congregation called ‘The Poor of Jesus.’ After this, God infused into my soul in a lasting manner the form of the holy Rule to be observed by the Poor of Jesus and by me, least and lowest servant.” (Preface to the First Rule, 1720)

That First Rule was the result of his life experience and his prayer experience where the Holy Spirit led him through trial and error but also through a series of what he called “lights” and “inspirations” to an understanding of the charism and mission of the community he would found.

At that time, Paul had never seen a religious rule of life, so what he wrote was more inspirational than legalistic; it flowed from his deep love for Jesus in his Passion and his desire to reach out to those who “did not experience the fruit of the Passion of Jesus.” (Diary of Saint Paul of the Cross, Dec. 4, 1720)

In the Rule, Paul writes not as a superior but as a loving brother: “Oh dearly beloved, he who really loves, whenever he brings Friday into his mind, has reasons to die. To say ‘Friday’ is to name the day when my God-Made-Man suffered so much for me that he gave up his life by dying on the hard wood of the cross.” (Rule of 1720)

At the heart of his message is the invitation to those who would share the Passionist charism with people who have come to know Jesus through prayer and who are ready to help others to have a similar experience of the love of God revealed in the face of the suffering Christ. He writes: “Let us never forget to have always with us a constant and sorrowful remembrance of the Passion and death of Jesus. So let each of the Poor of Jesus take care to instill in others meditation on the suffering of our Jesus.” (Rule of 1720)

The Rule proposes a life of continual conversion, Gospel simplicity and inner stillness. This will lead to a deep interior freedom for what he calls “zeal for God’s glory,” by which the Passionists will promote love for God in people’s hearts and, in Paul’s words, be “untiring in works of charity so that our beloved God may be loved, feared, served, and praised by all, forever and ever. Amen.” (Preface to the First Rule, 1720)