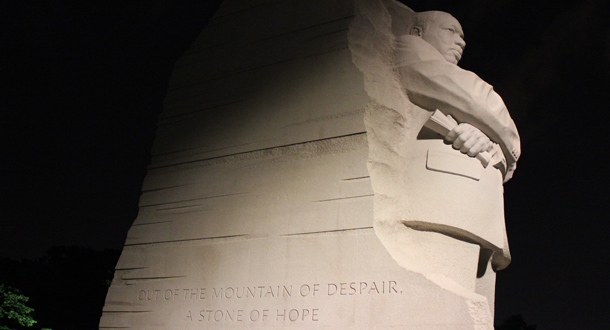 I would like to share with you a reflection from Fr. Alex Steinmiller, CP, about Dr. King’s life and how it relates to our Passionist charism. Until this year, Fr. Alex lived and worked in Birmingham, Alabama, for over ten years.

The Way of the Cross According to Dr. Martin Luther King, Jr.

The life-motif of Dr. Martin Luther King, Jr. has significance for those who embrace the Passionist charism of St. Paul of the Cross.

Embracing the charism includes these essentials:

Dr. King embraced his “Way of the Cross” by strictly abiding by the tenets of non-violence with roots in the two Great Commandments, and he did so for the sake of the poor of every race and in the face of great opposition, especially from the Black Community.

In February 1957, in Montgomery, Alabama, he spoke to a mass meeting with these words:

“If we as a people had as much religion in our hearts as we have in our legs and feet, (referring to the rousing hymns which had precluded his speech) we could change this world.” And later that evening, “Our use of passive resistance in Montgomery is not based on resistance to get rights for ourselves, but to achieve friendship with the men (sic) who are denying us our rights and change them through friendship and a bond of Christian understanding before God.” .” Let The Trumpet Sound, The Life of Martin Luther King, Jr, Stephen B. Oates, New American Library, 1982, p. 115

First, one year to the day of his assassination, April 4, 1967, Dr. King delivered his anti-war speech at New York’s Riverside Church, which linked the impoverishment of the poor in the U.S. to the expenditures of the war in Vietnam, and the exportation of violence and poverty to yet another country. On April 12, 1967, the NAACP’s Board voted unanimously to “…oppose any effort to fuse the civil-rights and anti-war movements.” In response, Dr. King stated: “I’ve fought too long and too hard now against segregated accommodations to end up segregating my moral concerns….I know that justice is indivisible. Injustice anywhere is a threat to justice everywhere.”

The second proposed event that would cause much opposition from within his own ranks was to be the all-inclusive “poor peoples’ campaign” on Washington. Dr. King believed that it was either that demonstration of peaceful solidarity or more devastating riots and possibly guerrilla warfare in the cities. He warned his countrymen, that this was “…the showdown for nonviolence, a ‘last chance’ project to arouse the American conscience toward constructive democratic change.”

Dr. King’s Passion narrative would be dramatically shared in the last speech that he would give on the evening of April 3, at the Sanitation Workers’ rally at the Masons’ Temple in downtown Memphis. After recalling some close encounters with death, he continued:

“Now it doesn’t matter. It really doesn’t matter what happens now. I don’t know what will happen now. We’ve got some difficult days ahead. But it really doesn’t matter with me now. Because I’ve been to the mountaintop. Like I’m not concerned about that now. I just want to do God’s will. And He’s allowed me to go up to the mountain. And I’ve looked over. And I’ve seen the Promised Land. And I may not get there with you. But I want you to know tonight that we as a people will get to the Promised Land. So I’m happy tonight. I am not worried about anything. I’m not fearing any man. Mine eyes have seen the glory of the coming of the Lord.

I have a dream this afternoon that the brotherhood of man will become a reality. With this faith, I will go out and carve a tunnel of hope from a mountain of despair. With this faith, we will be able to achieve this new day. When all of God’ s children – black men and white men, Jews and Gentiles, Protestants and Catholics –will be able to join hands and sing with the Negroes in the spiritual of old “‘Free at last! Free at last!’ Thank God Almighty, we are free at last.” (Ibid., pp.485-486)

Let’s pause today to consider this man’s “way of the cross” as an inspiration for our own. 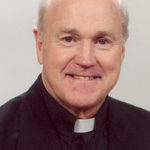 Father Alex Steinmiller, CP, was ordained a Passionist Priest on June 13, 1970. He has served in various Passionist ministries over the years. Father Alex is one of the founding members of Life Directions, an outreach program to young adults which seeks “to fill the need by helping to motivate, mature and give direction”.

In 2007, Father Alex was named President of Holy Family Cristo Rey Catholic High School in Birmingham, Alabama, a position he held until his retirement in 2016. Father Alex, now serves at St. Paul of the Cross Passionist Retreat and Conference Center in Detroit, Michigan, and is active in the Detroit community.