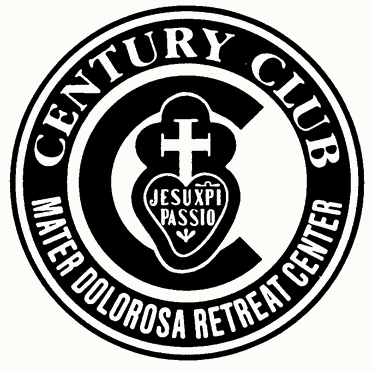 What is the Century Club?

Mater Dolorosa has been blessed for over 25 years with the support of generous Century Club Members.  What began in 1986 as a means for supporting enhancements to our retreat facilities, has flourished into a well-established group of steady, loyal and generous benefactors whose contributions are dedicated to the maintenance and improvement of Mater Dolorosa as a place especially conducive to meeting the Lord.

Please scroll down to fill out our form to join Mater Dolorosa’s Century Club.

Who are the Members?
Century Club members are individuals or married couples who are retreatants or friends of Mater Dolorosa and who desire to share in the retreat ministry of the Center by making on-going financial commitment to the work of the Passionists.  Membership is for one year and coincides with the retreat center fiscal year of July 1 through June 30.

How are the Proceeds Used?
The proceeds from the Century Club are used for the maintenance and refurbishing of the Retreat Center and grounds, keeping it always a place where people can find a calm, relaxing and prayerful atmosphere that is conducive to spiritual growth. 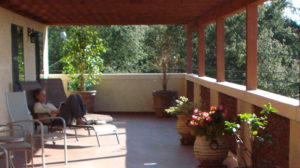 What are some examples of projects contributed to with Century Club funds?

What are the benefits of membership?
The most important benefit of membership is the knowledge that your contribution is being used to further the retreat ministry at Mater Dolorosa.

What are the obligations of membership?
Members of the Century Club agree to donate $100 or more a year in addition to their retreat weekend donation and to remember the Passionist retreat work in prayer.

How can I join the Century Club?
Membership in the Century Club is available to anyone interested in the Passionist retreat ministry at Mater Dolorosa.  We have three convenient ways for you to join: online, by phone or mail: