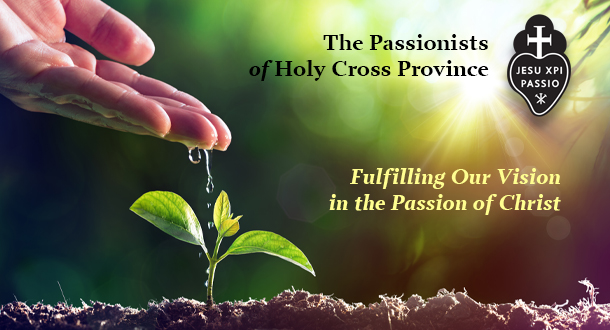 Passionist Reflection on Vision Fulfillment
A Prayer from St. Paul of the Cross
Christmas and New Year's blessings

This year, 2020 in the Roman calendar, is a year many people would like to forget. Having been named, "unprecedented", none of us have ever seen anything like this. For a while it seemed like new issues were arising every couple of weeks. Recall last February 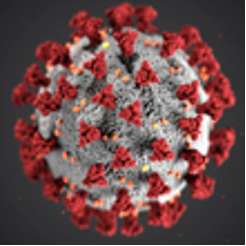 when news began focusing on this terrible disease in China. By March, it was beginning to show up here in the US as we began hearing about numbers, including how many people were reportedly infected and how many had died. Soon, restaurants and bars were shut down. And for some, the biggest shock was postponing NCAA basketball. What do you mean there isn't any March Madness this year? How can that possibly be?

In most cities around the country we went into a form of lockdown. We were told work from home. Social distance. Don't go to church. We were told to avoid crowds and avoid people. And we asked, “if we take this seriously, how then do we celebrate Holy Week?” ’Stay safe’ became the new buzz phrase. Everything was social distancing. The next issue arose. Can we keep the food chain flowing? Were people willing to share in a world of scarcity? 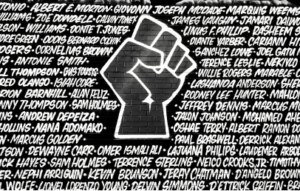 Then in May, a murder caught on video with a bystander’s cell phone, George Floyd became known to the nation, and his death led to many ensuing protests and demonstrations. Civil unrest and looting were commonplace in our city streets. The stories of Atatiana Jefferson, Breonna Taylor, Daniel Prude, Rayshard Brooks and others began to become more prominent. Do we understand our racial biases?

Throughout this pandemic, many small business owners have lost everything. Millions of people who live from paycheck to paycheck have depleted what little savings they may have accumulated. Parents, while trying to work from home, end up responsible for childcare and education. The divisions in this country continue to escalate and grow. And if that wasn't enough, the wildfires of California and Colorado, plus the hurricanes and the tropical storms of the Gulf coast, have caused another type of devastation. The energy put into the presidential election was draining. And now the COVID-19 numbers are soaring at an all time high.

Let’s back up 170 years. In 1850 our country is massively divided. The US had become a nation polarized by specific regional identities. The south held a pro-slavery identity and supported the expansion of slavery into western territories. The North held a strong abolitionist movement to abolish slavery. Certainly they didn’t want it imposed on Westward expansion. Sure, the issue is slavery, but it really is much bigger. It is an economics issue. The tension between big government (Federal Government) versus the authority of the local or state governments is being questioned. Recall, the US had just doubled its size with the Treaty of Guadalupe Hidalgo ending the Mexican American War. Now we were squabbling between this new territory as to which areas would be slave states, and which would be free states. The Democratic Party was divided. The Republican Party is just coming into existence and of all things, at this point of history the Passionists decide to send four men to the US amid this chaos. Shortly after arriving here in the US and settling on the hill outside of Pittsburgh, PA, this early foundation of Passionists found themselves in a new country during a Civil war.

Back up another seventy years. Paul of the Cross has died. Now how does this young Passionist Congregation find its way without its charismatic leader? Recall, these were difficult years. The realities of the French Revolution, the Napoleonic Wars, the Napoleonic Suppression of Religious and the end of the Papal States, were all exasperating challenges of human history. And all of this was happening toward the end of St. Paul of the Cross’ life.

Or, if I may, let’s back up another 70+ years. The Austrian Habsburgs, the Ottoman Wars and the Famines of Northern Italy which took the lives of 1/5 of the population of Genoa, which was Paul of the Cross’ hometown were just a few complications of the time. Nobility and aristocracy drained off profits for the working farmers for expenditures on urban luxuries. The number of illiterate peasants increased. The education of the ruling class intensified, and the economic crises deepens. Social stratification between the rich and poor rigidified. These were the people of the marshes, as Paul of the Cross talked about. And that is when St. Paul of the Cross was born.

Backing up 1,800 years and listen to the image Luke portrays. He writes that it was the time when Augustus Caesar was in power, Quirinius was governor of Syria and Herod was King of Judah. Could there be a more deplorable time in human history? And God starts a new chapter in human history by introducing a messiah, birthing forth through the magnificent conception of Mary.

The consistent theme here reminds us that God does amazing things in some of the most challenging times.

The consistent theme here reminds us that God does amazing things in some of the most challenging times. As Passionists, our history is filled with real challenges, real difficulties, and dying through these have led to significant life and contributions to the Congregation. Why would God act any different this time of human history?

Paul Daneo chose to gather companions to live together and to proclaim the Gospel of Christ to all. Looking at our history, important times of growth and identity for us were wrapped in times of civil unrest, turmoil, and being able to focus on the suffering of people in their situations. The global pandemic of this past year has forced us all into rethinking and questioning what tomorrow will bring. Yet why should we be worried about that? 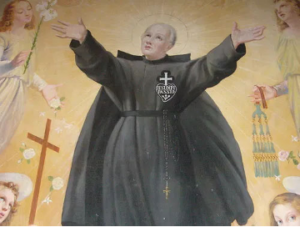 For the last few years, we have been working at envisioning a future, not of scarcity and loss but of gathering companions to continue proclaiming the message of the cross to anyone who is willing to listen. This bi-monthly newsletter is one simple way we desire to keep an awareness of an expanding vision before our eyes. We have more tools at our disposal than in the days of St. Paul of the Cross. We have psychology and marketing, the internet and technology, and an expanded notion of the Passionist Family.

Through it all, amid a global pandemic, we share stories of feeding thousands out of our retreat center in Sierra Madre. We are connecting about social issues including conversations about race and white privilege. We have increased our ability to keep reaching out to people using popular technological platforms. And our vision keeps expanding, even while our world is changing.

Today, we use words like mission, evangelization, marketing and communication, 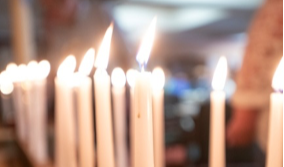 because the need to tell people our gospel story is still important. It is so important to hear this story, to truly listen to it, and to integrate it into our lives. The wheel has gotten bigger, but the hub remains the same. This doesn't ease the bumps in the road. But our task is not to make the road smooth. Even our 300th Jubilee reminds us of who we are and the task we are called to. For we are still lay and vowed people, who gather under the inspiration of St. Paul of the Cross to proclaim the love of God, made visible to us in the Passion of Jesus. 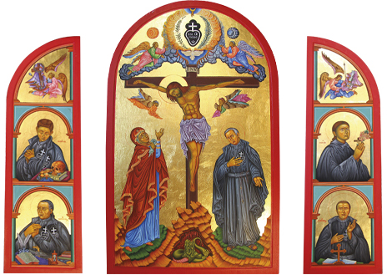 "Suffer your trials in silence, remain with God interiorly, and make gentle acts of love. I don’t know what devotion St. Jane Frances de Chantal had in this regard, but if it is brief, and you can do it without neglecting your family responsibilities; go ahead."

"Lord, I know that it should be my goal to live the life of a saint. I am grateful for the example of how ordinary people became extraordinary. But help me to always remember that I have to be myself—that I was created in the image and likeness of God and I don’t need to imitate others if I am not being true to the person you created.

"Teach me to find ways to be saintly while living the life of familial responsibility that is my calling. Let me learn to find you within the course of my normal day. And let me always relate to you in my own unique ways without fear that I should be more like someone else, for I am a child of God." 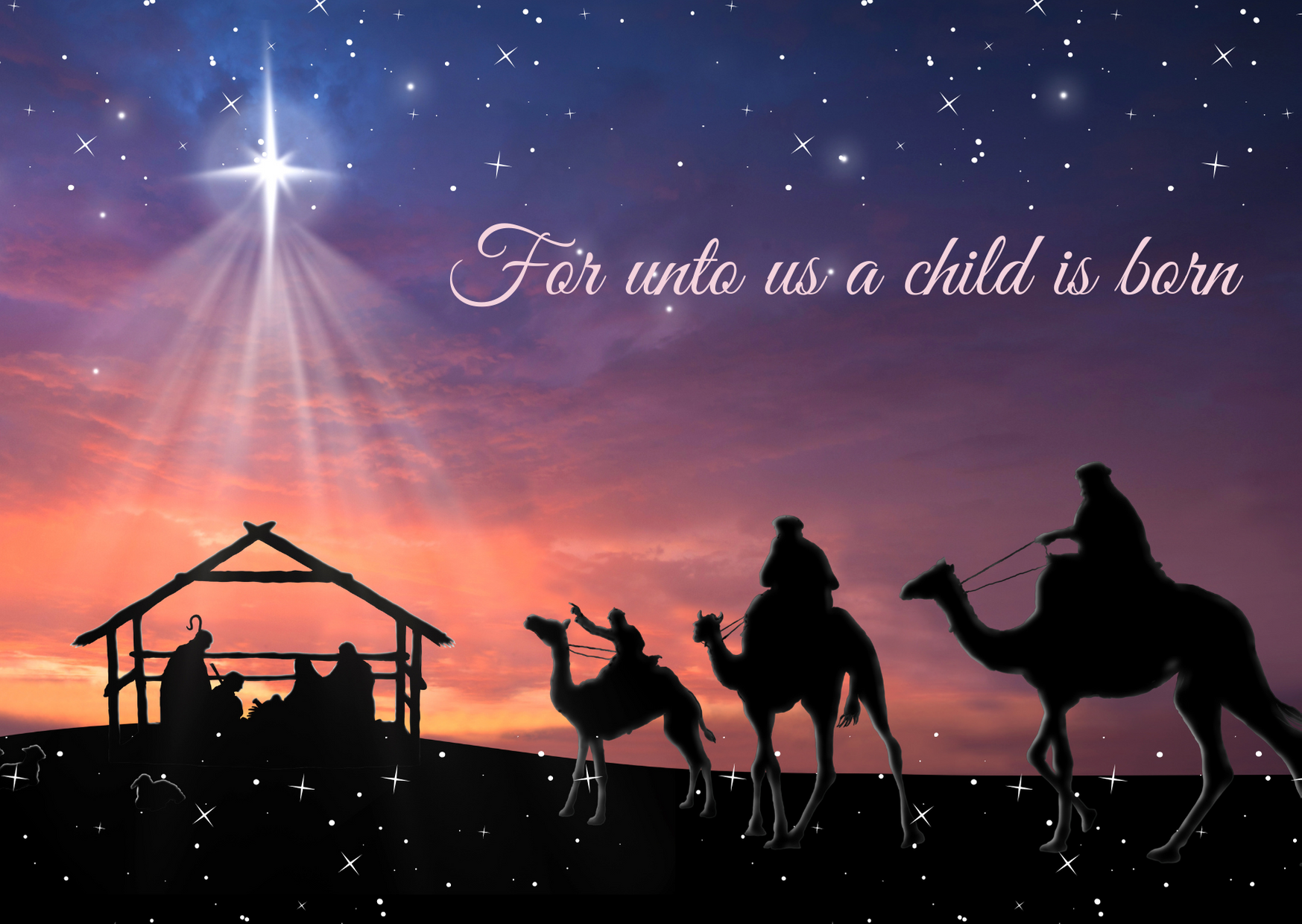 Merry Christmas and blessings for a happy, healthy New Year!

Our next issue will be published in early January 2021.

Guided by the Holy Spirit and the signs of the times,
we create and carry out ministry that reaches
the suffering of today and form community
that spiritually nourishes the
Passionist Family of Holy Cross Province.

If you would like to share your thoughts, ideas or reactions from anything in this newsletter, we would love to hear from you!

Send your thoughts to
[email protected]