Epiphany of the Lord 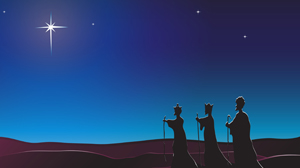 In my life as a Passionist, and perhaps even before I joined, I have been interested in the forming of community, and how diversity may not only be tolerated, but celebrated, as we strive to come together in some form of unity. When we read the history of the Church, we see that almost from the very beginning of its existence, the Church has had to deal with how to make the Good News of Jesus Christ intelligible in the various cultures in which it found itself. And so Matthew, in Sunday’s Gospel (Matthew 2:1-12), has recounted for us the visit of the Magi, these strangers from the east, who have come to do homage to the “newborn king of the Jews.” In recounting these events for us, Matthew has shown us that from the beginning of Jesus’ life, there has been an indication that His coming was not meant only for the people of Israel, but for everyone. This is an important truth to remember as we live in a seemingly increasingly divided world.

In my life I have had mostly positive experiences encountering people from different cultures, whether it be African-Americans when I was doing ministry practicum at St. Benedict the African East in Chicago, or as pastor of St. Mary’s in Fairfield, AL, or learning Spanish at the Mexican American Cultural Center in San Antonio, or as a volunteer when I was stationed in Sierra Madre, CA, or when I made trips to the Holy Land and India. I discovered that these encounters helped me understand myself as well as those I met.

Does that mean it has been easy to enter into dialogue with people who were different from me? No, there have been times when I’ve had the hairs on the back of my neck stand on end because I was challenged by what I heard. And there have been times when I’ve been taken aback by what people have said. One of my favorite Marian hymns is “Sing of Mary, Pure and Lowly.” One day I was sharing this with a woman colleague of mine, and she told me she hated that hymn! I was completely surprised. When I asked her why, she told me it had to do with the lyrics of the first stanza. The first line of that stanza is “Sing of Mary, pure and lowly, Virgin Mother undefiled.” I didn’t think anything was wrong with that, but I did realize sometime later that those words offended her because, I think, they implied to her that all other mothers were somehow looked at as defiled, or less than pure. I learned something from that! (By the way, more recently published versions of the hymn do not have those words anymore).You may think that I’ve simply fallen into the disease of “political correctness,” but I feel that there is something more to it than that. I can’t help but think that awareness of where people are is an important aspect of being a disciple.

What we do in these encounters with different people is up to us. On one hand, the Magi’s visit to Jerusalem prodded those in the royal court to actually look at their own Scriptures! But on the other hand, Herod, in his desire to hold on to power, ordered the slaughter of innocent children in and around Bethlehem. We are not to be like Herod in the Gospel. Instead, just as Mary and Joseph welcomed the Magi when they came, and just as Jesus talked to the Pharisees and the scribes and the Roman centurion and the Samaritan woman at the well, and the Syro-Phoenician woman with a sick child, I believe we are called, in Jesus’ name, to listen to the “other” and cross the barriers that divide us, and that we can do that and still be true to whom God made us to be.

Perhaps one way we can be an epiphany, that is, a revelation, of God’s love in Jesus Christ, is to have a listening ear to those around us, no matter how different they may be.