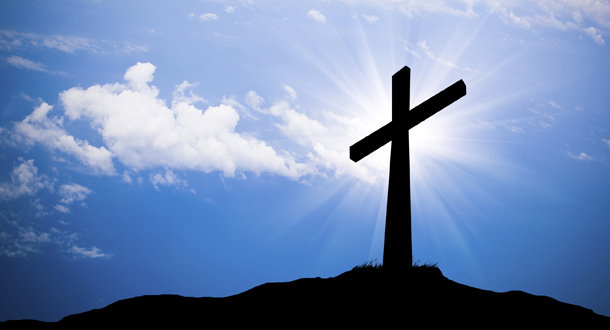 In the complexity of these times with anger and division, violence in both actions and words, how am I called as a Christian to find a different way? Not to turn a blind eye, or to shrink from standing with what is right, rather to rise as a new creation with a conviction that is transformative.

In times of great oppression Jesus, is nailed to a cross to die. True to His mission and Word. Falsely accused. Triumphant after death. What was supposed to destroy Him becoming a pathway in which all people could walk. Holding the challenge that is so hard to understand or see without the intricate knowledge of His heart and the meaning of the cross.

Who, both past and present, will come to stand with Him? Who as a follower of Christ will inspire us to rise with and through the cross on the path laid before us? Who are the saints in waiting? Will we istand with Our Savior who asks so much more of us emptying His life on the cross, in brutal, unrelenting suffering so that there could be a new way paved with forgiveness, redemption, mercy and compassion for all.

I found one such person, a priest, whose life is a testament to the struggle of standing with and overcoming. A life story to be read slowly to take in the gravity and the grace. Father Augustus Tolton, was born in the United States into the brutality of slavery and through the courage of his mother, took the harrowing path to freedom. In a surprising twist, his family was all baptized Catholic, by slave owners, which gives deep pause for thought on how one lives out their faith. Augustus’ mother and the children landed in Illinois and sought out a church.

His vocation would arise and be lived out in the very country of which he was and had been subjected to brutality and his own diminished sense of identity in the outer world. He felt the magnitude of both the ramifications and the outright prejudice that tried to be a stumbling block. Some out of ignorance. Some out of fear. Some spread too thin and afraid to grow thinner. Moved by his desire, hard work and passion, a few immigrant priests and a religious sister with a heart for the mission, helped him prepare for his call in any way they could when there was no clear vision of a school or seminary willing to accept him.

Beaten as a young slave Father Tolton, ministered relentlessly, fervently, faithfully persevering, emptying his life, despite every entanglement of the harsh faces of bigotry, both in systems and in persons. His heart was made heavy by the lives he so wanted to help as they fell deeper into the void that brought despair. A place he understood, yet rose from, as he began following the only way and vocation he believed could bring hope and redemption.

He learned who he was through the eyes of God. Through the gift of a sacramental life. Through the love of his mother. Through those who believed in him and acted in his behalf. It is from this place of conviction that he chose to pick up and carry the cross.

Christ did not die on the cross for us to dissolve into the divisive ranks of separation. Christ died to unify us under his singular redemptive sacrifice for all times, inviting, commanding, those who follow to remain strong in compassion, forgiveness, healing and the ongoing conversion of heart.

How will I respond to the call of the cross in these times?

M. Callahan, written with deep gratitude for the Passionist community and their charism with prayers for vocation.